So after decades of excessive and exponential pollution, overproduction and denial of natural factors such as limited resources and the simple fact that we do share this planet with a zillion other lifeforms, it takes nature one single virus to call things to a halt. Digital sharing has proven instrumental in collecting and spreading information on the state of the earth and the detrimental effects of our compound ignorance, stupidity and denial, as well as gathering people in pressuregroups to enforce change. From economy to ecology is the way the winds of change blow, and while millions of people over the past decade set their hopes on going viral …

It ‘s more of a miracle that so few pathogens make it to a global spread, than that the current situation should surprise us. From the viewpoint of pretty much every other animal on the planet, the disease is us, the glutinous abusers.

Since this viral crisis has halted global societies in their tracks, families are forced to reunite and reconnect, trafficpollution and – deaths are at a low, so is the daily slavestress and insane overproduction of unnecessities. As much as it ‘s natural to empathise with those infected, more have died of regular flue as every winter, and way more are benefitting from a regaining of their own space & time, working from home, catching up on chores & projects, breathing fresher air, albeit through masks worn to share the not wanting to share contagion.

Good, Bad, and all in between. The social ecosystems that make up our cityjungle will never be the same, while Life’s other ecosystems get a chance to breathe, and recover from our industrious and viral assault. This ain’t no fight, this is natural causality at work with an eco-Logical effectivity that defies our entire way of dogmatic enforcement and outright abuse of our own natural potential as much as the paradise potential of this gloriously unique Planet Earth.

This site uses Akismet to reduce spam. Learn how your comment data is processed. 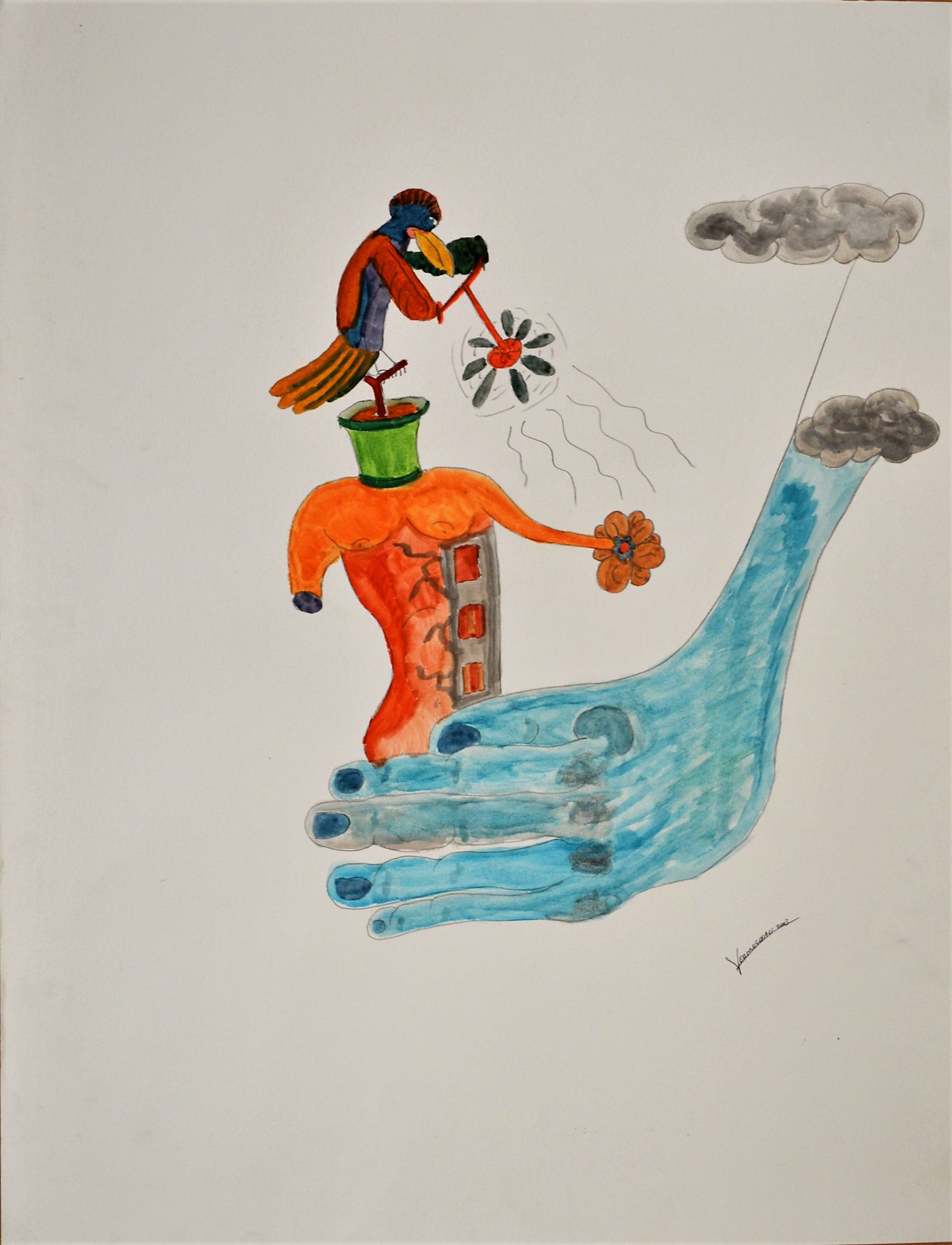 “Nomads don’t run, They just keep walking Relentlessly Like the moon planets starlight sun, While the underbelly rocks with the rolling of ground Earth Never in the same place Yet